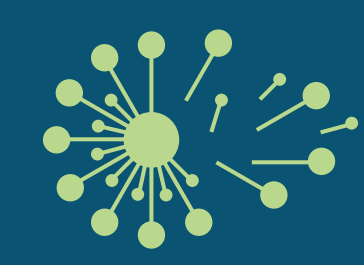 Amazingly, CRISPR technology was unknown before 2012 but is now widely available. It now takes just hours to tweak individual letters of genetic code, and so adjust what evolution has fashioned over billions of years.

It is no exaggeration to say that we are embarking on a new era in the history of life on earth; an age in which we humans have unprecedented level of control over the genetic composition of that species that inhabit our planet - including homo sapiens. We could maybe recreate extinct species, and we could certainly destroy entire unwanted species and pathogens.

Here are some of the issues that face legislators and regulators in this area, together with a summary of the current state of play in the UK.

The first (2015 Chinese) tests of CRISPR in human embryos were regarded as very unwelcome by many. But distinguished philosopher and bioethicist Julian Savulescu asserted that there was moral imperative to aggressively continue such experimentation. "... to intentionally refrain from engaging in life-saving research is to be morally responsible for for the foreseeable, avoidable deaths of those who would have befitted." No-one who has encountered Huntington's disease will have difficulty empathising with this argument.

Even the most cautious scientists recognise that there are roughly one million natural mutations in our DNA in each of our bodies per second !!! So CRISPR-induced mutations (whether intentional or not) would pale into insignificance compared with the genetic storm that rages inside every one of us from birth to death. And there are tools, such as pre-implantation genetic diagnosis (PGD), which could make it possible to detect rare undesirable mutations before a treated embryo is placed in a mother's womb.

Even so, we need to worry about whether accurate edits might nevertheless have unwanted secondary effects.

The Nuffield Council on Bioethics published an excellent report in 2018. A summary is here. It pointed out, inter alia, that:

The report also notes that increasing understanding and knowledge of the human genome is complicating our understanding of states of ‘health’ and ‘disease’, and challenging the idea that a clear distinction can be drawn. This leads naturally into questions about ... 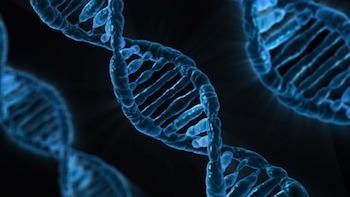 Assuming gene editing in humans proves to be safe and effective, it will be tempting to edit genes in unborn children to lower their lifetime risk of heart disease, Alzheimer's diabetes, cancer etc. But what about endowing beneficial traits such as greater strength, improved cognitive ability? Or blue eyes and blond hair?

The Nuffield team (see above) noted that genome editing might be used in future for:

They recommend that these developments, too, should be the subject of cautious consultation as described above.

It is worth noting, however, that many enhancements - such as high intelligence, prodigious musical or mathematical ability, athletic skill, or stunning beauty - don't have clear cut genetic causes and are probably well beyond the reach of a targeted tool like CRISPR.

On the other hand, DNA and other testing (Polygenic IVF Screening) has already helped numerous parents to avoid giving birth to children with Downs Syndrome, the BRCA1 breast cancer gene and a few other inheritable traits. It is now possible to use polygenic techniques to analyse several genetic regions at the same time and so begin to predict other diseases - and intelligence. It will not be long before clinic somewhere in the world begins to offer parents the ability to screen for embryos that are more or less likely to have features such as high or low intelligence, sexuality, autism, or susceptibility to depression.

Someone is going to have to decide whether such screening is ethical. Should this be societies as a whole, or prospective parents?

But it was a huge shock when He Jiankui announced the birth of gene-edited twins in late 2018, aimed at disabling a protein so as to stop HIV entering human cells. He had used his own wealth to avoid serious ethical or and other serious peer scrutiny before allowing or persuading the parents to take the known risk that CRIPR might cause unintended "off target mutations" - a severe worry when CRISPR is used on embryos as it has the potential to change the DNA in every cell in the body - including eggs and sperm where mutations might be passed on to future generations and become part of the human gene pool. Scientists are particularly worried that numerous harmful mutations could accumulate in future generations. It is for this key reason, amongst others, that germline genome editing is illegal in many countries.

Experts pointed out that, if the true aim had been to stop children from acquiring HIV as adults, other much simpler and more effective medical interventions had been available.

It remains true that germline gene editing will likely one day save many lives. But He's experiment caused a reaction that may have delayed, rather than advanced that day.

Gene editing is now close to being a hobby or craft, just like home brewing beer. One company sells a kit, for around £100, that you can use at home to edit the genome of anything alive. Its owner, Josiah Zayner, injected himself at a biotech conference with a serum intended to encourage muscle growth. Although it didn't work, he says he achieved his real goal: "a big f*** you to the system".

Agriculture has taken advantage of natural mutation, supplemented by artificial selection, for millennia. Recombinant DNA technology and gene splicing have been used to create GMO plants since 1994.   92% of all corn, 94% of all cotton, and 94% of all soybeans grown in the USA have been genetically engineered in this way. As of 2018, CRISPR has already helped create tomatoes that can ripen for months without rotting,, plants that can better cope with climate change, and cows that no longer grow horns, Will CRISPR be accepted as readily in the States - and opposed as vehemently in Europe?

Use (Abuse?) of Animals

CRISPR technology is already being applied to monkeys and pigs so as to help scientists model its use in humans. It may not be long before pigs are used as bioreactors to produce valuable drugs which are too complex to synthesise from scratch outside living cells. Pigs could even offer a vast, renewable source of whole organs for transplantation into humans.

Not everyone will regard these developments as ethical.

Thanks to a form of genetic engineering technology known as a gene drive, it is now possible to modify or even eliminate a wild species in its natural habitat, bypassing the laws of inheritance that have governed nature for millennia. CRISPR can in particular boost the chances that a particular trait will pass from a parent to its offspring from 50-50 to nearly 100 percent. CRISPR can thus target control disease-carrying insects, invasive species and other problematic organisms. CRISPR has already helped us breed mosquitoes that are unable to transmit malaria, thus wiping out all malaria-carrying mosquitoes in a region.

But what if the new organism escapes, and becomes invasive itself? The plants or animals containing the drives could impact ecosystems that cross not just country borders, but entire continents. And so far, there is no such thing as a safe gene drive or a reliable way to rein one in after release.

The power to deliver “extinction to order” is potentially immense – and worrying. For instance, gene drives could be used to make the bite of harmless insects deadly, or to wipe out key pollinators. Indeed, a recent Worldwide Threat Assessment published by the US government described genome editing as one of the six weapons of mass destruction and proliferation that nation states might try to develop - which strongly suggests that the USA itself is attempting this task.

Advances in biology n the early 2020s enabled the creation of entirely new types of embryo-like structures, which some call embryos, by combining the embryonic cells of humans and other animals.  Other researchers made chimeric embryos containing a mixture of human and monkeys cells.  The regulatory status of both these creations appeared uncertain.

The best introduction to CRISPR and its implications is probably Jennifer Doudna's and Samuel Sternberg's book A Crack in Creation.

[Other lively regulatory issues - especially in response to innovation - are summarised here.]